the 2nd Singapore Biennale is still open until 16 November.

The Japanese curator and art critic Fumio Nanjo, currently director of the Mori Art Museum in Tokyo, was already the artistic director of the 1st Singapore Biennale in 2006. He is also in charge of the Biennale's second edition, with Joselina Cruz and Matthew Ngui as co-curators.

Through its theme "Wonder," the SB2008 investigates the articulation and creation of marvels, riddles and illusions in our world today. The artworks in the exhibition call the visitors to question and be curious; to reach beyond the surface, surpassing the apparent; and to be surprised, awed, tantalized and challenged.

According to Fumio Nanjo, the artworks selected or newly developed with the artists, attempt to cut through the fabric of the politically and socially constructed and perceptual limits of our world.

Overview of dates & facts:
Print version - including all the information

Participants:
68 artists and groups
Artists' list with brief biographies and direct access to their works in the Biennale

Exhibition venues
The Singapore Biennale 2008 is concentrated in two large indoor spaces, a specially constructed temporary pavilion, and the public space of the city:

South Beach Development
Camp and police station from colonial times along Beach Road, opposite of the Raffles Hotel.

Showcase:Singapore
Art fair at the City Hall during the opening days of the biennale with 23 specially invited galleries.

Bound for Glory: Wong Hoy Cheong 2002 - 2007
Works by one of Southeast Asia's most influential artists.

The Artists Village
A review of the artists' movement at its 20th anniversary.

No Wonder
Exhibitions and performances at LASALLE College of the Arts.

In celebration of its 28th anniversary, the Printmaking Society Singapore will be showcasing 40 works made over the last two years by 20 of its members. Titled Proof V, the show at the SG Private banking Gallery, Alliance Française, Singapore, will open on the 22nd of October 2008 at 7pm. Running from the 23rd of October to the 4th of November, the show will feature Cultural Medallion winner Ms Chng Seok Tin, as well as prominent members of the Society, including The President’s Young Talent Award recipient, Ernest Chan, Marisa Keller and Miguel Chew. The participating artists have complete freedom thematically and artistically, within the almost limitless possibilities of printmaking. The works featured showcase a range of printmaking techniques, from lino-cut, woodcut, collagraph, stencilling, and silkscreen, to etching, aquatint and lithography. Collectively, the works present the high degree of artistic originality and technical skill for which the Printmaking Society Singapore is known.
http://afexhibitions.blogsome.com/

This site looks like it hasnt been updated since 2006

A number of you were asking about the food in Taiwan. it is not like the "Chinese" food that we get in Australia which is mostly an Australian adaption of Cantonese.

There are several good websites which feature the food and where to get it. Ordering is a challange - this is a typical menu... A typical stall in a food court - often all you have to go on is the plastic food samples and a picture menu. Eater beware.

This blog is good, she explains what the food is and where to get it.
http://hungryintaipei.blogspot.com/search/label/taiwanese

The month of November will be very busy. I will be travelling from Taiwan to Singapore, Hong Kong and Shanghai on business. Following which I will be taking a well earned rest at Railay Beach in Thailand.

Where possible there will be posts to the Aviary and normal service will resume in December.

In 1919, the Association of Norwegian Printmakers was established by the famous artist Edvard Munch, Erik Werenskiold and Harald Sohlberg. The intention was to make printmaking recognized as an independent art form and to improve the artists' condition. Since then, the association has worked continually to keep high standards professionally and ethically.

The Association of Norwegian Printmakers is a vital association which is open towards new techniques and expressions, yet at the same time it shows diversity within the more traditional techniques such as intaglio print, lithography, screen print and relief print to name a few.

Norwegian Printmakers Gallery, situated in the centre of Oslo, has at all time more than 4000 prints represented by 300 artists. Norwegian Printmakers Gallery is Norway's most important place to buy contemporary prints. Our selection is vast; here exists prints from the aesthetics of the 70s to current complex art expressions. In our gallery you will find new emerging artists who will dominate tomorrow's art scene, as well as the more established artists of today. 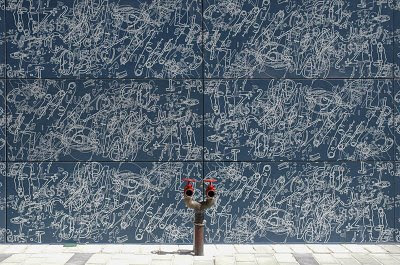 The Creative Capital | Warhol Foundation Arts Writers Grant is a three-year pilot program designed to support writers whose work addresses contemporary visual art through project-based grants issued directly to individual authors. The first program of its type, it was founded in recognition of both the financially precarious situation of arts writers and their indispensable contribution to a vital artistic culture. The Arts Writers Grant Program issues awards for books, articles, short-form writing, and blogs/new and alternative media projects and aims to support the broad spectrum of writing on contemporary visual art, from general-audience criticism to academic scholarship. 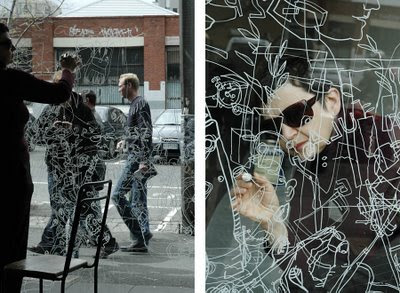 You are warmly invited to the opening of The Swiss House - From the series: Propositions for an uncertain future.

War: The Prints of Otto Dix

This exhibition showcases Otto Dix’s war portfolio Der krieg 1924, a collection of 51 etchings with aquatint which is regarded as one of the great masterpieces of 20th-century printmaking. Consciously modelled on Goya’s equally famous and equally devastating Los desastres de la guerra (The disasters of war), the portfolio captures Dix’s horror of, and fascination with, the experience of war.more info
http://nga.gov.au/Dix/

touring: previously at the NGA

artistcareer is an independent, non-commercial website that offers high quality resources and information to support professional and business skills development for artists.

This site has been developed jointly by the Australia Business Arts Foundation (AbaF) and the National Association for the Visual Arts (NAVA).


Going to market - out of the studio and into the marketplace

I made my first visit to the Biennial this week. There was a sculptural installation in the foyer, and after that it was mostly film. The majority of the visit was spent on the ground floor where there was a wall mural, some fibre glass 'turd' sculptures and an artist book, both props to films, some documentary photographs and everything else was video. After a break at the basement cafeteria, a survey of the second floor revealed more video and an installation of printed political protest material. We did not have time to complete the exhibition.

The theme was globalisation and much of the material presented was political or descriptive. It was difficult to find any "art" in the traditional sense. It was also impossible to view all the works in their entirety in one day, so these are preliminary observations.

One work was a twenty minute power point style presentation, and there were no seats. I question whether any visitor actually saw the entire piece, I wasn't willing to sit on the concrete floor for that long.

Works of note included Mario RIZZI 's "Chicken Soup" , Shaun GLADWELL 's videos, and an amusing piece by Nevin Aladag. Chicken Soup examined the mail order bride industry between Vietnam and Taiwan and was culturally enlightening. Aladag's "Lowrider Bellydance" from 2004 was amusing in its comparison between the macho world of cruising cars and the ancient female tradition of bellydance. The wall mural by Bbrother was not recognisable as 'graffiti' and was inferior in concept and execution to much of the graffiti that I had photographed near the Sun Yat Sen Memorial building the week before (above).

It will take a second visit to the main venue and visits to the satellite sites to complete the exhibition. Despite the fact that the show continues until January, they were almost sold out of English Language catalogues. I watched both of Shaun GLADWELL 's video's in their entirety. It was pleasant to re-visit the Australian bush and a Tangara train (even if inverted). The obvious reference to Boyd's Narcissus etchings was overlooked in the catalogue. Not once, until I read the catalogue entry, did I think of Mad Max. Gladwell's "Storm Sequence" and other videos can be viewed here:
http://printaustralia.blogspot.com/2008/06/sean-gladwell.html