"This is an important case for artists as it means that they are able to bring an action against someone who sells and/or supplies fake works of art attributed to them on the grounds that it may harm their reputation, and consequently the value of their work in the art market."
===
"A Victorian Supreme Court case in March 2010 brings hope to artists seeking to protect their reputations against art dealers selling fake artworks. The case, Blackman v Gant,1 involved eminent Australian artists Charles Blackman and Robert Dickerson bringing action against the art dealer who sold fake artworks under their names."


About the artists resale royalty scheme

Under the artists resale royalty scheme:
* commercial resales of artworks must be reported; and
* a 5% royalty is payable on some resales.

The Australian government has appointed Copyright Agency Limited (CAL) to manage the scheme.

Key features of the scheme:
* it applies to resales of existing as well as new works;
* it applies to a range of original artworks, included limited edition prints authorised by the artist;
* it does not apply to a private sale from one individual to another;
* a royalty is not payable on the first change of hands after 9 June, but all resales must be reported;
* a royalty is not payable on resales for under $1,000;
* the scheme will be extended to artworks from countries that have similar schemes.

Q. That’s still small though isn’t it by international standards?
A. It is. I mean ah Picasso’s Boy with a Pipe for example sold at auction for $120 million in America in 1999, I think. .so a single painting can sell in the States or England for the entire turnover of the art we sell in Australia."

============
Dr. Meaghan Wilson-Anastasios is a researcher and sessional lecturer at the University of Melbourne. Her research interests include art price formation and how and why economic superstars emerge in the auction market. Part of her research was the focus of a Four Corners program, Art for Art’s Sake, aired on ABC television.


Blogger advises that they have installed comment spam filters so I have re-instated comments on the blog.

"Privacy in a broad sense is under attack these days on a range of fronts: electronic surveillance, terrorism laws, growing police powers, business practices associated with information mining and marketing, and new technologies." Indeed, as Former Australian Prime Minister Paul Keating states, there seems to be no general agreement on what privacy actually means. In this environment, various law reform bodies have been struggling to develop laws that would enshrine some sort of right to privacy. In general, the media has resisted any such laws.
Paul Keating considers these issues in a lecture hosted by the University of Melbourne's Centre for Advanced Journalism.
University of Melbourne, August 2010

This exhibition of Melbourne-based artists is an investigation into the current state of printmaking. By highlighting the diversity and scope of the discipline its commonalities come to the fore: issues of tradition versus innovation, registration and interface, appropriation and the multiple. These ideas echo throughout the work, and yet they are a similarity which each artist approaches and answers in a different way.

The exhibition continues until 4 September 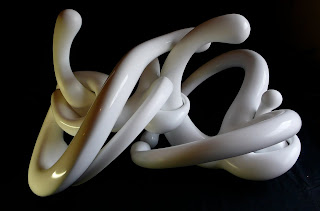 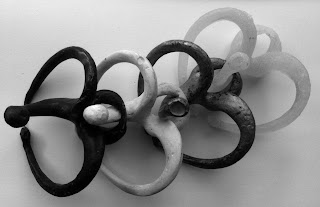 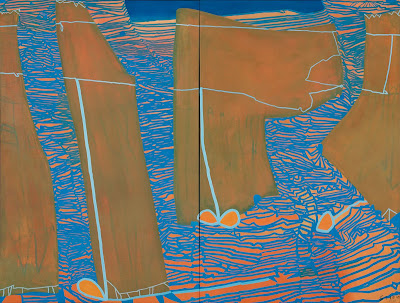 ============
For the past few years whilst I was living in an Amsterdam canelfront apartment I have been working on a series of paintings depicting water, but using only lines. I was very interested to discover Christophe's paintings in Flinders Lane and to examine how he had resolved the technical difficulties involved. There are similarities in subject and approach, but the two bodies of work are quite different. Ed

(there's a detail of one of my paintings here)
at 3:32 am No comments:

Juliana Engberg discusses arts policy and the wider applications of the arts in society with Jill Singer. This is one of a series of conversations associated with the Dear Mr Rudd book published by Black Inc.
April 2008

part one is here

This subject index combines June and July 2010. Behind the scenes commitments and the ongoing development of a new project have impacted on the number of posts.
Thankyou for your patience. Ed.

Art Censorship: the Bigger Picture was the title of this public forum that took place on 12th June at the Museum of Contemporary Art in Sydney. In this informed, thoughtful and sometimes passionate debate, Julian Burnside, David Marr, Clive Hamilton, Hetty Johnston, Ian Howard and Tony Bond addressed the topic in light of the furore surrounding recent censorship of the work of well-known artist Bill Henson. The forum, introduced by Margaret Pomeranz, was presented by Watch on Censorship in association with the National Association for the Visual Arts (NAVA). Sydney, June 2008

I was not in Australia when this happened, so in some ways this is catch up time. I am happy that I have had the opportunity to listen to this discussion.

It appears that however wellmeaning, the opinions stated by the woman from the child protection agency (cpa) are coloured by her lack of understanding about art and her ignorance of Henson and his photography, an ignorance that she openly admits. A senior artist and his work have been taken out of context and dragged through the media for the apparent purpose of drawing attention to the activities of the cpa. It looks very much like a well intentioned publicity stunt gone horribly wrong. Ed.


In the much-anticipated Melbourne Art Foundation 2010 Lecture, artist Bill Henson delivers a vigorous defence of freedom of expression in art. In implicit response to the 'scandal' surrounding his work in 2008, Henson argues that we should be wary of governments and interest groups who try to impose restrictions on the free exercise of the artistic imagination, and that our zeal to protect innocence should not come at the cost of violating artistic experience. Following his lecture, Henson responds to questions from the audience.
Bill Henson is one of Australia’s leading contemporary artists. His work is to be found around the world and in every major public collection in Australia.

========
I was trawling through Slow TV's archive looking for more lectures to watch (and there are many) when I found this by David Marr. Unfortunately the question time is missing. Ed.

Journalist and writer David Marr speaks passionately and intelligently about the recent sagas involving photographer Bill Henson, which are the subject of his new book, The Henson Case. Melbourne, October 2008


Evan Penny is a conceptually based figurative sculptor and photographer living and working in Toronto, Ontario. Born in South Africa in 1953, Penny immigrated to Canada in 1964 and received his formal training at the Alberta College of Art and Design, completing his BA with Honours in 1975 and his MFA in Sculpture in 1978.

Penny has built an international reputation for his hyper-realist figurative sculptures that capture the paradox of an unreal reality. Employing traditional as well as contemporary sculpting methods, Penny molds figures out of clay, and then casts his sculptures in resin, bronze or silicone. While his earlier works were largely cast in resin or bronze, Penny's recent works have centered around busts or backs cast in silicone with resin eyes, implanted human hair, and custom-made clothing. Penny's project at large over the past several years investigates the relationship of sculpture to photography and virtual technologies, and the ever changing and unstable boundaries between reality and illusion.